Crimsons U18s have a tight match against Grasshoppers 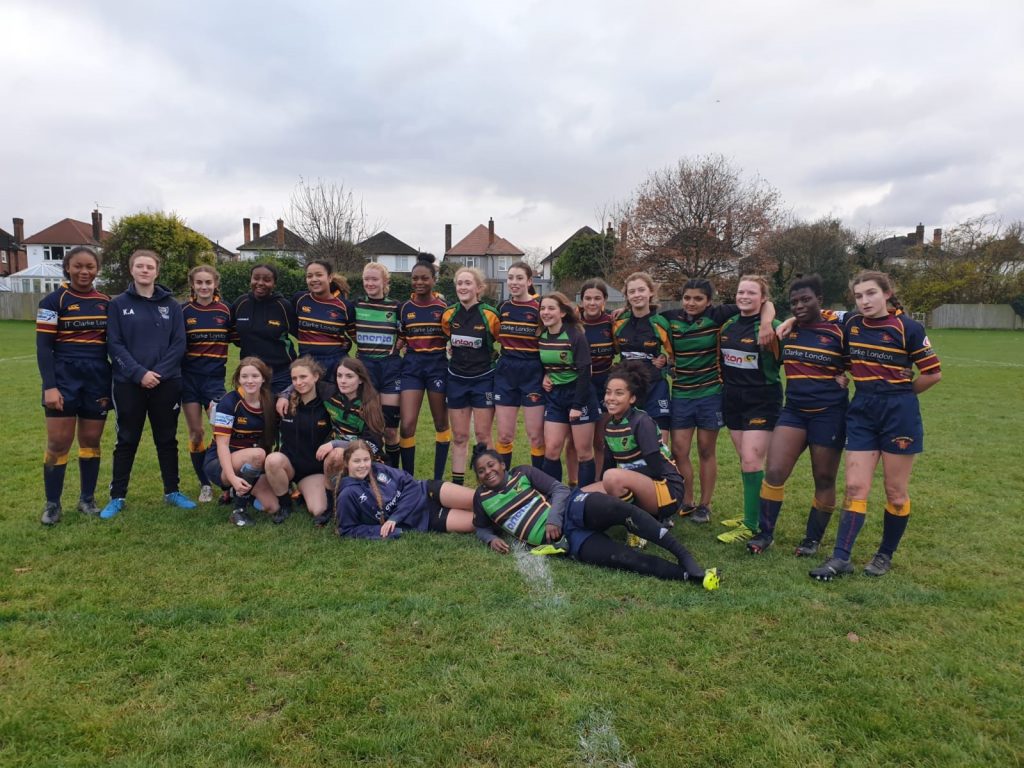 Yesterday the Crimsons U18s hosted West London’s Grasshoppers who brought 14 girls with them. We agreed a 9 a side game as we only had 9 turn up. The pitch was taken in 5m on each side so a pretty tough job for 9 girls to play against 14 rolling subs but the Crimsons took it in their stride and started off really well.

After just a few minutes of play, the Crimsons got a turnover and the ball was passed to Prosper who strode it in from 40m out. Iona added the extras to take the Crimsons up 7-0.

Shortly after, a big carry from Natalie that drew in 4 defenders meant Maria could cut a lovely line and run in from half-way taking the Crimsons’ lead to 12-0.

Continuing on with their fantastic start, straight off the restart, Lara caught it and went the length to score. Crimsons 17-0.

Then it was the visitors’ turn to show their strength and although the Crimsons showed some great phases in defence, Grasshoppers managed to keep the ball well and get round the outside to score. 17-5

A huge break from their number 22 brushing off a couple of Crimsons on the way led to some fantastic scramble defence. Grasshoppers then worked the ball wide and managed another score.  17-10

A poor chase from the Crimsons saw a massive run straight from KO and grasshoppers score again 17-15.

Crimsons finally got another opportunity with the ball. From a scrum, the ball was passed out to Natalie who stepped off her inside foot to beat her opposite number and sprinted in from 60m out to take the Crimsons back into the lead. 22-15

Grasshoppers fight back and you can see the tiredness in the Crimsons but they continue to fight and work hard for each other with some great defence. Grasshoppers maintain possession and build the phases to score. With a successful conversion it was 22-22

But yet again, the Crimsons showed their strength by coming back with a well worked try. They built the phases, gave some great offloads and Lara found a gap! 27-22

But with a Crimson player down with cramp, Grasshoppers seized their opportunity and came back with another score. 27-27

Then straight from kick off, Grasshoppers moved the ball to their fastest player and the Crimsons all chased back hard but couldn’t catch her. A converted try saw them in the lead for the first time. 34-27

The game ended showing some fantastic play to pull it back to within 2, but the Crimsons couldn’t quite manage to make it even stevens with the conversion. Final score 34-32.