OC’s scare the Crows away

11th December 2021 at Horn Park Sports Club sees the Old Colfeians 1st XV up against 10th placed Crowborough RFC who are looking to disrupt a confident Old Colfeians team. The scene was set for a glorious match in a cold, windy wintery day with the pitch looking superb for a fast and entertaining game. Members of the crowd gathered in the warm and cosy back room hosted with a display of a buffet and drinks.

Kick off! The game started well for OCs as a high, floating kick from fly-half Jack Potter allowing a good pressuring kick chase from the forward pack resulted in a knock on by a Crowborough second row, who probably forgot to wash the deep heat off his hands. Scrum. Confidence grew as Andy O’Malley picks from the base of the scrum and rampages on to test the Crowborough defence. Phase play started to build and before you know it, the ball reached the mitts of the hand-off specialist Alex Verissimo who ran down the line, hands off not one but two Crowborough players to dive over the line for OC’s first try of the game. 5-0.

Shortly after, OCs win a penalty and kicks deep in the opposition 22, giving the forward pack a good platform to work from. A maul was formed and through the good work of Crowborough disrupting our maul, the ball moved quickly through the backs with a sharp, dynamic hard line by Andy O’Malley cutting through the opposition defence. With a last-ditch tackle, he knocked the ball over the line with a Crowborough touchdown awarding us a goal line drop out. Phase play gathered and we are back into the opposition 22 with a calm, patient, controlled momentum through the forwards, eventually saw the big man Dele Agorioge dancing his way through the defence and bags a one-handed try. 12-0.

Crowborough kicked off the second half with the hope of getting back into the game, luck was on their side as OCs fumbled the ball, one phase play on and a penalty was awarded to the Crows. They opted for the corner, their lineouts during the game have been pretty good so far so I give them credit for that. Lineout secured by the Crows, multiple phase play towards the posts was building as they test the OCs defence. Wide play by the Crows was getting them nowhere until soon enough, the classic pick and go (like boring Exeter) got OCs on the back foot. Eventually, Crowborough sees the white line for the first time and score. 12-7.

OCs restarts the game with a long kick into the opposition 22, a good step by their catcher sliced through our defence but the excitement was short lived as a poor offload forced a knock on by Crowborough. Scrum to OCs. A couple of carries from our forwards built a good platform for a kick, a good chase and tackle stopped Crowborough outside their 22. Crowborough looked to relieve pressure by returning the kick which ended up in the safe hands of Ed Livett on our 10m line, shifts the ball quickly to Alex Verissimo. He sees the space, quickly building speed, skips past the first defender, runs round the second defender, about to enter the 22, steps into the gap of two defenders and cruises to the try line for his second try! 19-7.

Moments later after a rather back and forth game so far, OCs find themselves with a scrum in the opposition 22. The forwards were patient and calm in building a platform for the backs, the ball reaches the fly-half’s hands, sends a rather long and floaty pass to Alex Verissimo, who gathers the ball like a 60m sprinter exploding out of the blocks. 5m out, two defenders to beat and flies backwards over the last defender and fantastically places the ball over the line! A try that many supporters of the NRL would be proud of! And yes, you are right, the hattrick and the bonus point secured! 26-7.

A fair share of possession from both teams saw an intense and tight game as it was drawing towards the end and the light. Soon, OCs were awarded a penalty just behind Crowborough’s 10m line and Jack Potter was confident of securing the three pointer. 29-7.

Crowborough missed judged the width of the pitch by sending the ball out on the full, giving OCs the perfect lineout opportunity. Through good movement in the lineout, the maul was created, “Drive!” shouts the crowd (probably my dad), slowly moving forward, Dele finds the ball, breaks from the maul, snakes his way through the defence and manages to offload to the speedster Ade Lipede who tops off a great team performance by adding his name to the score sheet. 36-7.

However, Crowborough had other ideas as they look to put more pressure on the high-flying OCs. Crowborough gain momentum but that didn’t stop hard hitter Bill Ramdhan from preventing them from scoring, but unfortunately his luck ran out as he sees yellow for an apparent high tackle in the final 5 minutes. Once again, the classic Exeter style pick and go from Crowborough eventually bundled their way over the line. Conversion missed and the referee blows his whistle as the result ended 36-12 and a bonus point win for OCs.

Man of the Match: Alex Verissimo 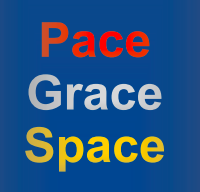 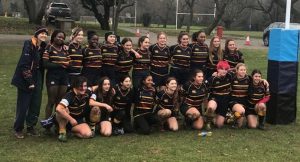