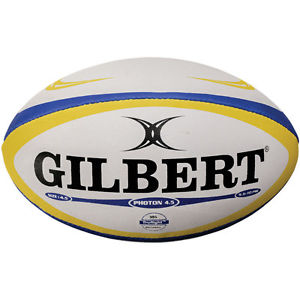 With 2 quality, highly skilled and competitive matches from 2 teams on a perfectly sunny day, the results shone with triumphant wins for both the yellow team at Horn Park with a 6-5 win (or 30-25 with 5 points for a try, no conversion or penalty kicks allowed at this age group) and the blue team at Leathersellers ground winning 6-3 (30-15).

I will start with the yellows as I took that team on the top pitch at Horn Park. The blue team report has been passed to me and is much more succinct so keep reading to the end…

After the battle of Mudway last weekend (it actually wasn’t that muddy at Medway – just monsoon weather) for some players, who don’t play at school, it was the first match on a full size pitch and for the longer game time of 50 minutes (25 mins each way). The yellows had one sub and everyone had loads of game time as some players took a breather from the end to end encounter.

Every player played as well as I’ve ever seen them play and probably all went notches above their previous best. In addition, they truly played as a team and were clearly determined to run out winners despite an equally good Sidcup team.

The Chiefs went 0-1 down quite quickly so how would they react? Well, when we had possession the Chiefs were an absolute handful to contain and when Sidcup had the ball they defended and tackled as if a World Cup rather than a burger after the games was the reward. At half time the Chiefs led 4-1.

The scrum was solid and the back line was well, a proper looking back line – standing well spaced and deep when it was our ball – and the first 2 or 3 times when we spun the ball out it made it all the way to the winger to have a run. I’ve rarely seen the squad move down the ball down the entire back line once in any match and everyone was treated to seeing this numerous times. For those interested in the battle of the forwards, there weren’t many scrums because there weren’t many dropped passes or knock ons. Loads of passing and support play from all the players. Brilliant.

After half time, Sidcup made some player changes and with the help of one particularly tall and powerful player the score swung the other way and we were now 4-5 down (with all the tries going to Sidcup’s new substitution) but with just 5 mins left in the on the clock that’s where the Sidcup newciners domination ended when he was substituted. Not because he was tired from scoring tries – but the Chiefs’ determined defence figured out that having 2 or 3 tacklers descend on him interrupted the flow leaving Sidcup’s other best runners to try to maintain their reign. Sometimes our tackling wasn’t ‘textbook’ but it should be noted that it doesn’t have to be: the players found a way between them to (legally) stop some very big runners. Brilliant.

With 5 minutes to go the Chiefs had been defending for virtually the whole of the second half. We needed to get hold of the ball as we were equally dangerous in possession and we did just that scoring to make it 5-5.

2 minutes to go. Would the team be happy with a draw and play out time? Well, with possession re-won, and the last play of the game indicated by the ref, the team attacked. The Chiefs had their own secret weapon, whom Sidcup found equally hard to stop all game, and when the team got the ball in to his hands he jagged his way to the tryline and with defenders hanging off him stretched out his arm to put the ball on or over the line.

The large crowd of supporters squinted in to the sun, pushing against the new red safety ‘ticker-tape’ barrier, and waited for the refs’ decision. You already know the outcome: the refs’ arm went up to signal a try and he also blew the whistle for full time. For effort, determination and skills you could not commend the players highly enough and on this occasion the result also went their way. Brilliant.

If you’re still reading – not much more to go – and now for the much punchier and modern reporting style for the blue team who played at Colfes school:

> Warm up
>
> Good to see the boys up for it as they headed towards the posts as a “Come on Jog as a team”  was heard across the field .
>
> 1st half
>
> 1-0 – Iggy with a great rip and a break away try
> 1-0 – Good defensive cover by James K under pressure
> 1-1 – Sloppy defense allowing a poor try
> 1-1 – Fantastic line break from Leo gaining 40m.
> 2-1 – Good work by the forwards leading to Matteo scoring under the posts.
> 3-1 – Good move out wide from under the posts with Will throwing a long pass leading to Leo touching down in the corner.
> 3-2 – Tackles too high against a big opponent another poor bit of defense.
> 3-3 – Again tackles too high with defensive line dropping too far back.
>
> 2nd Half
>
> 4-3 – Knock on by Sidcup great pick up by Freddy going from halfway to score.
> 5-3 –  Sidcup clearance leads to Alex picking the ball up running straight back towards the try line and with a sublime pass out the back of the hand allows Iggy to go over.
> 6-3 – Freddy gets that  big galloping stride going again to score beating off numerous defenders.
> 6-3 – Good powerful run from Kyron holding off 3 defenders.
> 6-3 – Good break by Zail with off load to Tony who is held up short.
> 6-3 – Late in the half, Tony receiving the ball at full speed and punching through the line.
> 6-3 – At the very end, George getting the ball from a penalty and running straight at their defenders on the try line. They stopped him but he gave it a good go.

Yesterday was right up there with the best of squad days. If we could have been playing the matches on adjoining pitches, it would have been impossible to take your eyes off of either match. In future, we will do everything we can to give you that conundrum.

We will therefore with your support aim to run 2 teams for all matches even if we have minimal subs. It is obvious to me that having a few subs is far better for all than changing over 6 or more players at a time to give players smaller parts of a match.